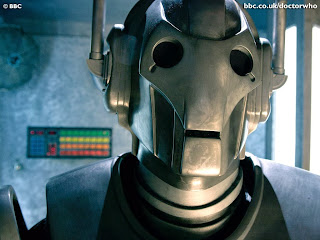 After over two months of silence, it is really about time for something new from Willma Poppen. The long pause has been caused by internal turmoil in the house of alionmind and by the fact that I used most of my creative energy to finish the, long overdue, alionsonny album "Continuity".

Style / Sound
I believe that with "Machine Man" once again I gave the Willma Poppen project a little more "seriousness". After some veteran Willma Poppen listeners already complained, that "Strangers to Ourselves" was be too gloomy and "overly sophisticated", also "Maschinenmensch" is not just another happy, funny and fluffy pop song. I actually announced very early - since the release of "Heroes of the Popp-Culture" -  that I want to lead the Willma Poppen sound at least partly in a more serious and progressive direction. Let's be honest: Always only major chord progressions with cheerful and funny melodies? This would be but very boring in the long run and a after the second album of this type also the toughest Popper would absolutely bored by the sound. So it will be now and then something more serious and that's also nice ;)

The idea
The reason why this track is a bit unusual for Willma Poppen is, that I applied a quite different strategy this time. The original approach for this song was rather minimalism than complexity. You could easily hear it: Since Willma "grew up" (the end of the community project), the tracks became more and more playful and complex. And that happened to such an extent that not just a few listeners complained already about too much "fiddling". Well, always 4-on-the-floor beat, gated supersaws with funny simple arpeggios is very boring in the long run. But with "Maschinenmensch" I had, at least initially, a very simple idea and didn't want to create unnecessary complexity. The fact that I broke out of that minimalistic approach at least regarding to the effects... well, the leopard can't change its spots.. However, I could preserve a lot of minimalism by using just one synthesizer for everything but the drums. "Maschinenmensch" was all the way completed in record time in its current version. In only two studio sessions - both of considerable length - all was soldered together .

Forward
This is now the ninth title of traditionally 13 for "Willma in Wunderland". Slowly we come closer to a new album. One thing is clear: This album is a pretty colorful piñata. From almost grotesque "Über-Popp " aka " Funfair Techno" to almost commercial titles such as "Strangers to Ourselves" to the minimalism of "Maschinenmensch": All included. For the next track of Willma Poppen I promise that it will be funny and happy again... or not ;) . So, and now have fun with "Maschinenmensch"!
Eingestellt von alionsonny um 5:03 AM