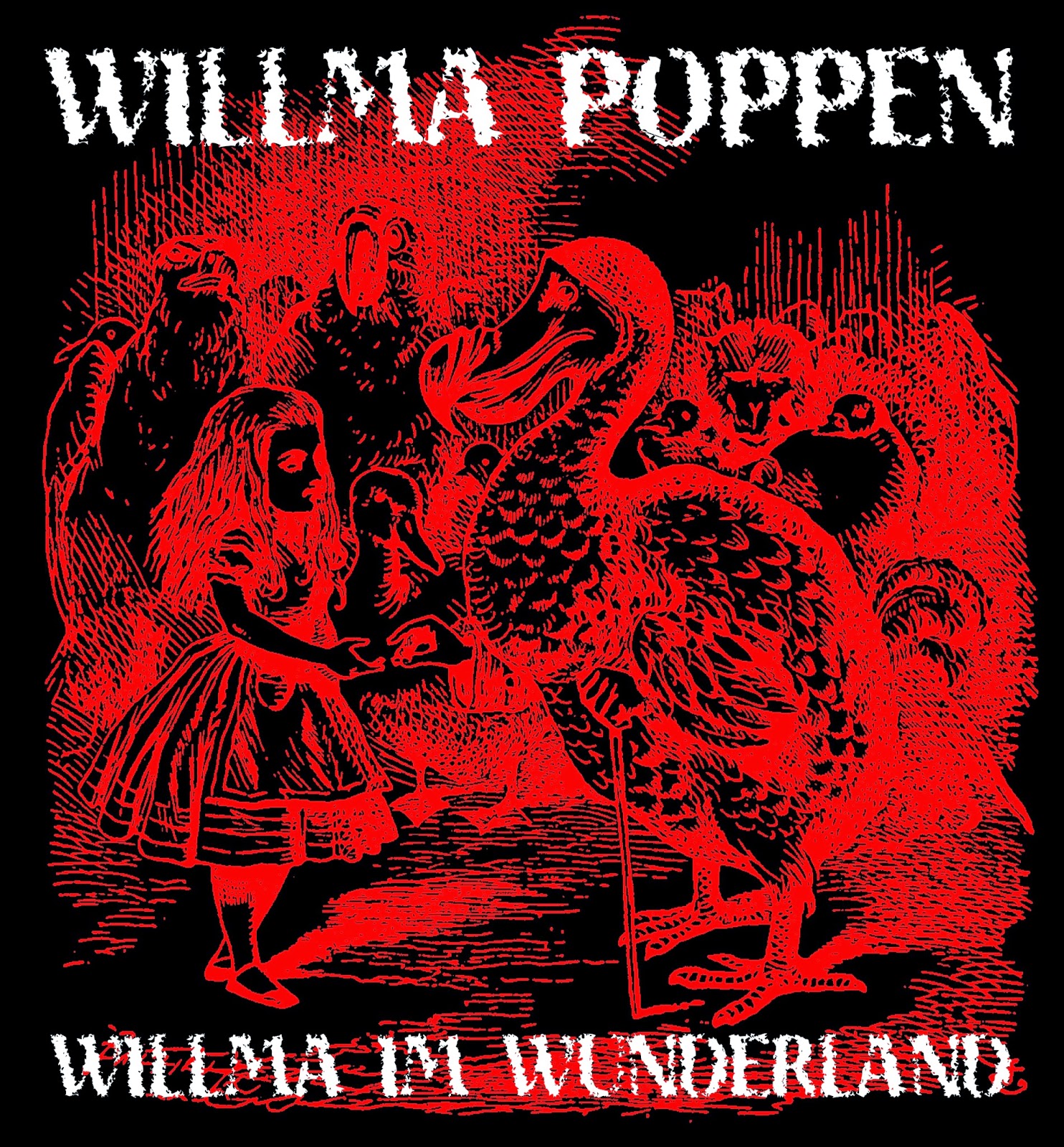 I simply skipped a blog post. Actually the first of the two new songs was already presented to the public 11 days ago. But then all sorts of things kept me from announcing it here on the blog. Since I worked hard during the past few days to complete the last of the 13 tracks for "Willma im Wunderland" as pre-release versions, I decided to announce it all together in this blog entry.

Liebe
The song uploaded 11 days ago in fact has the wonderful title "Liebe". I will keep quiet about the reasons for this, to not jeopardize the image of the "soulless cyborg-nerd". The song, like all the tracks for the album, is quite complex and has some surprising moments. The listeners of current so-called EDM (Electronic Dance Music) will be beautifully confused at some parts, because of course I have broken all quasi conventions for EDM music you can read repeated like mantras over and over again on producer forums. I simply do not want my works to seamlessly blend in with the common industrial music. This is MY music! The sound of "Liebe" is a colorful mix of the easy-fun style of the songs from "Heroes of the Popp-Culture" and the, sometimes quite hard to get used to, sound of the more recent tracks. Just listen for yourself:


"Willma im Wunderland" is COMPLETE!
Yessssssss !!! We have 13, in my opinion very great, tracks for this album as raw versions. But if you think, that the album would be available tomorrow, I have to disappoint you. Now a big heap of work begins. Those raw gems now want to get their final touch, which will take quite a bit of time. Therefore, and I would like to announce this at the opportunity, there will probably no new works for some time. I will now fully concentrate on how to perfect these 13 songs. I will this time use some new techniques in the area of the final production, which will make "Willma im Wunderland" a special sound experience. Let me surprise you. Oh, and who happens to have followed the process of the release of the recent alionsonny album: No, it will not take that long because all 13 tracks have been created during the past almost 2 years, and are thus developed quite far this time. Yepp, and I am off to work again. I will always keep you up to date about the progress of the album here and also on the alionmind blog.
Eingestellt von alionsonny um 3:44 AM