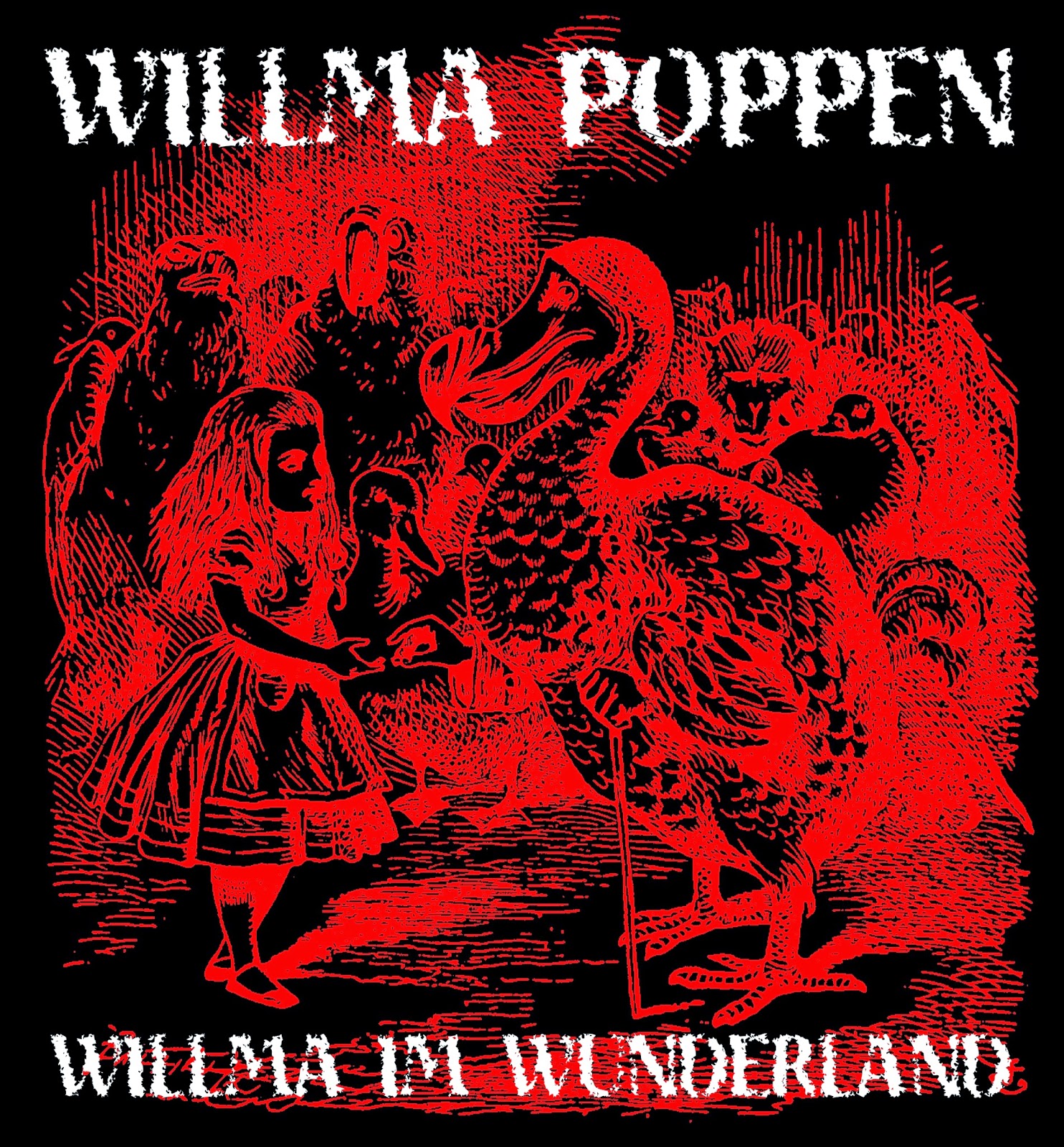 Let's not get bogged in fruitless discussions whether both the title of the new Willma Poppen piece , as well as the this blog article, are fitting. I find both entirely appropriate and that's what counts ;). After a not SO long wait Willma shoots sharp again. The "inner circle" of the listeners, however, already voiced their reservations on the occasion of me posting the song on Facebook 2 days ago, whether this piece of music would be really suitable for the Willma Poppen project. Why ? Well, I wondered at first also, but I now have to admit that the question is not entirely irrelevant. "Nachtwanderer" is in fact a, for the Willma Poppen project, unusually serious piece. Yes, it is really quite dark, and so I also thought initially about, if this is not rather something for Cimeliums dark "Ad Hominem" album. For this it is, in my opinion, a bit too poppy and danceable. We are long out of the times when Willma Poppen was exclusively for sugar sweet Poptechno. And we want to get away from that indeed, not quite but plenty far away.

Style
"Nachtwanderer" was created, believe it or not, originally from the idea to disfigure contemporary African pop music. Is to say: I had heard the works of some African musician colleagues in a FL Studio Facebook group, and here I stumbled upon one or other track, which made ​​me want to hijack this or that rhythm part. But more and more again, the typical path of the Chaos Lord was kicking in and I mixed in Psytrance, 80s pop and some influences of the 90s. In the end I found the concept so great, that I no longer wanted to go back to the initial concept. So, there we have it: A piece that once more is between the genre borders, and therefore probably draws the pure rage of the purists of the affected genres to itself. So be it :D

Overall, I find that "Nachtwanderer" best enqueues itself into the evolution of the Willma Poppen project since the completion of the "Heroes of the Popp-Culture" album. And here is the "Nachtwanderer". Have fun !
Eingestellt von alionsonny um 1:38 AM